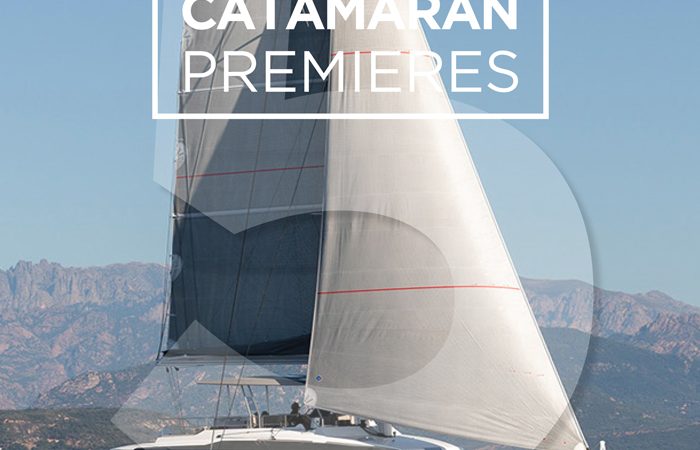 With the greater desire for increased interior space and more stable sailing, catamarans are all the rage nowadays. It's hardly surprising that the catamaran market is the fastest-growing segment of the entire boating industry.

Space is king in the modern catamaran and mainstream yacht buyers are flocking to cruising cats in numbers like never before. Relying on a formula of maximum deck and accommodation space for the length and money, in terms of a holiday platform or all-round family cruising serenity, today's range of sailing and motor cats are seriously hard to beat. This upward trend has definitely been turbo-charged by the major manufacturers in France, South Africa, Australia and China building lighter, faster, bigger and safer multihulls, with some increasingly focusing on "super" catamarans over 18m in length.

With recent international boat shows confirming that the offshore-cat revolution is in full swing, we are proud to introduce the following five catamarans that are making their Asian or Singapore debut at the Show.

As the jewel in the crown of Fountaine Pajot's exclusive Flagship range, the Alegria 67 redefines luxury cruising. Designed to deliver outstanding performance at sea, the new Alegria 67 is the remarkable culmination of the shipyard's technological advances and innovative concepts, specifically designed for optimal safety and offshore performance. 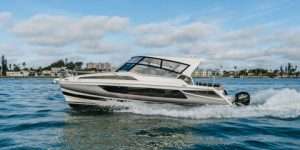 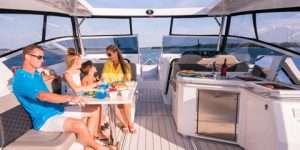 The all-new Aquila 36 is a power catamaran that blends plentiful life aboard space and qualities perfect for socialising with rugged strength and control. Offering the conveniences of a large yacht including topside summer kitchen with smokeless grill, the Aquila 36 has cockpit seating for over two dozen adults and two comfortable cabins. 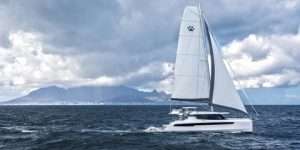 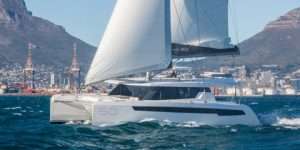 The Leopard 50 is the latest generation of Leopard Catamarans and is available with a hard-top exterior configuration (50P) or, for the first time on a Leopard Catamaran of this size, optional flybridge accommodation (50L). The entire exterior styling of the Leopard 50 has also been revamped to give the hull a more sophisticated look. 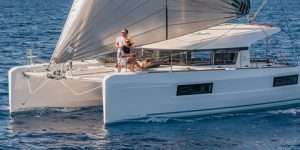 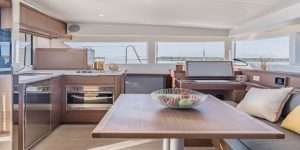 With her new visual identity, the Lagoon 40 immediately stands out. While faithful to the image of Lagoon’s “DNA”, a new style is born: an individual, streamlined and accomplished design depicts her large portholes and panoramic view. This creates a refined and high-performance unit. A new generation Lagoon, recognisable at first sight. 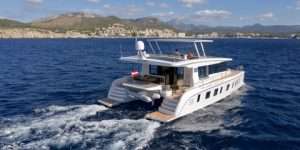 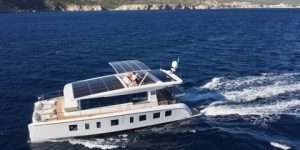 Having made its worldwide debut in 2018, the SILENT 55 is the first and only oceangoing solar-electric production catamaran in the world. The yacht uses silent electric propulsion for unlimited range with no noise or fumes and minimal vibration. The SILENT 55 is available in several power configurations to suit a variety of cruising applications.